As time goes on, Thanksgiving is quickly becoming my favorite holiday. It just requires eating and relaxing! And if that wasn’t enough, now it affords an opportunity to use my green egg!

My turkey last year was nothing short of phenomenal. This year I dusted off my old notes and set out to duplicate (and maybe even top it).

Last year we picked up a Mary’s Free-Range Turkey Breast from Central Market and this year we decided to stick with the same brand. Jen picked out a 6.28 and a 6.36 pound breast. (We were hoping for lots of turkey sandwiches!) 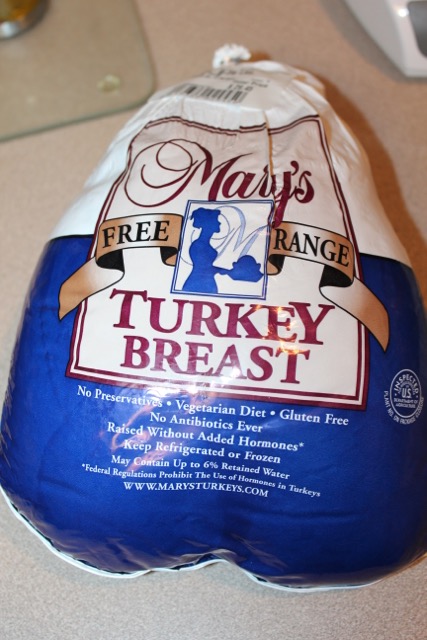 I always start all of my BBQ adventures off by looking at amazingribs.com. They have a GREAT page on turkey which I continued to follow. In the recipe he exults the use of dry brining to keep the turkey juicy. When I attempted the recipe last year I was particularly concerned about overdoing the salt, but ended up taking a leap of faith and decided to use the minimum recommendation of 1⁄4 tsp per pound for a total of 1.5 tsp. This year’s breasts had the same 3% salt content and my notes from last year said that I could probably get away with more salt so this year. I had intended to use 2 tsp but after applying 1.5 tsp it seemed like I had pretty good coverage. I was wrong! Next year I should fight my instinct and do with 2tsp-2.5tsp.

Here is a picture of the turkeys after the brine was applied. They sat loosely covered in the fridge overnight. 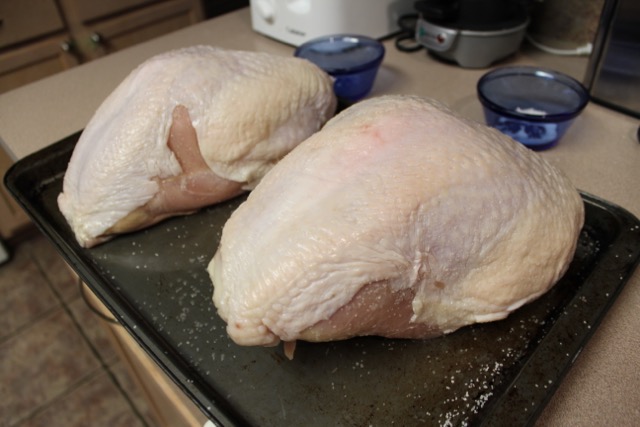 I didn’t get any complaints on Simon & Garfunkel rub I used last year so I opted to use it again. I made a whole batch (1⁄4 cup) which was evenly split between the two turkeys. I mixed this with 2 tbsp of olive oil and allowed this wet rub to sit for a couple hours before I rubbed down the turkeys.

After having spatchcocked more than a couple turkeys I have become pretty adept at loosening up the skin just enough to sneak some rub in which you can see here: 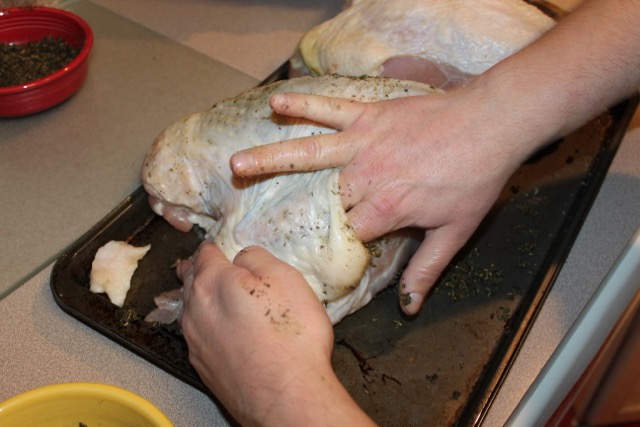 And here is what the turkeys looked like after my rub down: 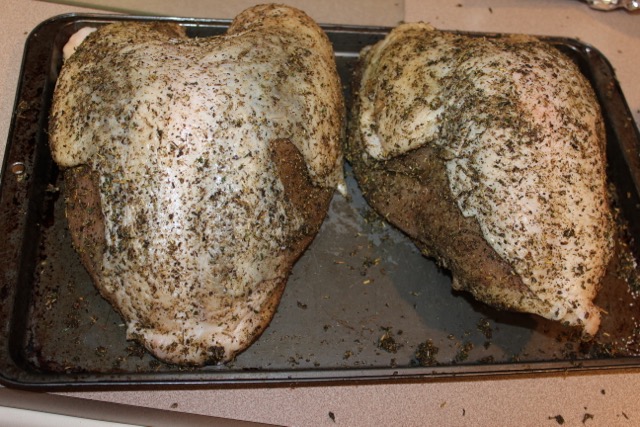 I then injected each of these turkeys with 4oz of melted butter. These then went back into the fridge until the egg came up to temp.

Before this cook, I had just watched a pitmasters seminar with Chris Grove of Nibble Me This in which he said he says he usually gave his egg an hour to warm up to ensure that the cermamics in the lid had come up to temp. I decided this cook would give me a good chance to try it out. I have typically just waited until the probe on the egg said it was at the right temperature and threw the meat on. So after waiting about an hour my egg had settled at 309. My target temp was 325 so I thought good enough and threw the birds. The temp dropped right away, as you would expect when you throw on cold meat, but this time I decided to fight the urge to chase the temp and let the egg do its thing.

Last year I used applewood chips. This year I spent a some time poking around at various turkey recipes on the Internet. It seemed that hickory, cherry, and pecan were the favorites. Hickory just seems too strong to me (and something I would associate with pork). I had heard some complaints of an odd aftertaste with cherry so I was reluctant to try it on a big meal. This left me with pecan which is my go to wood for chicken. In the end I thought I should just stick with a known commodity. I have become increasingly senstive to over smoking meats –especially poultry so I started with 1.5 handfuls and after the smoke died out I threw in one more handful. I think it could have still used more smoke. Next year I am going to step it up to 3 handfuls.

Here are the birds about an hour into the cook: 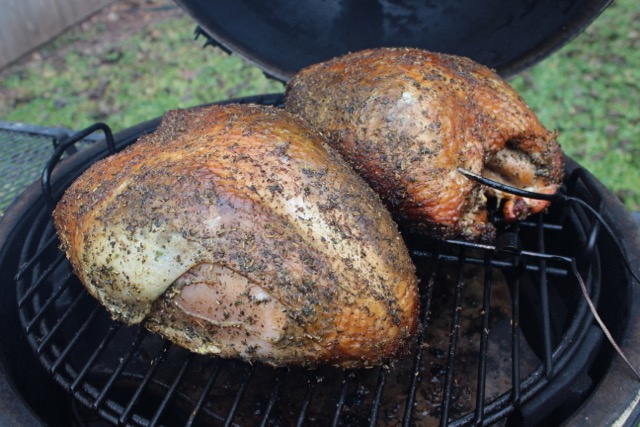 Here is the timeline:

And here is what the final product looked like: 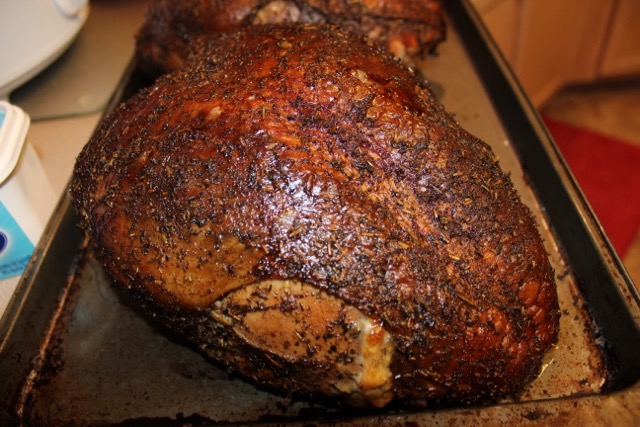 One turkey came with me to Thanksgiving dinner and the other went in the fridge to be used for brunch. The bird probably rested 1-2 hours before serving.

The turkeys were good, but they weren’t as juicy as they were the previous year. I compared this cook with my notes from last year (which were not as detailed as this) and it seems like I followed it pretty closely. My guess is that these turkeys were cooked at a lower temperature and had the lid open more than I did last year.