I asked Jen what she wanted for her birthday and she said “Brisket!”.

I usually do a more traditional brisket for Christmas, so I thought this might be a good time to deviate from the classic brisket and do something a little different. I opted to go with a Steve Raichlen’s coffee rubbed brisket.

I headed down to my local Costco and found a nice 13.6 pound brisket. 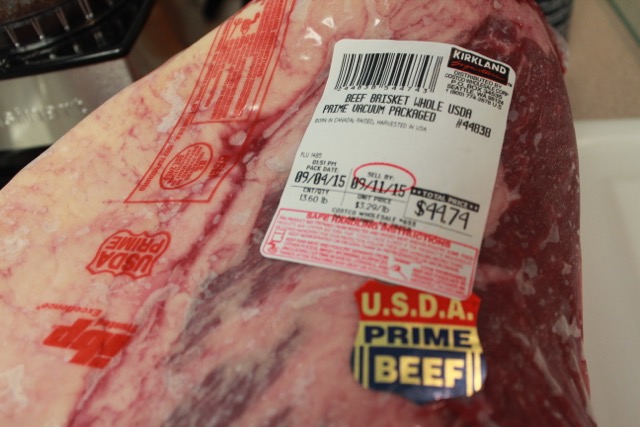 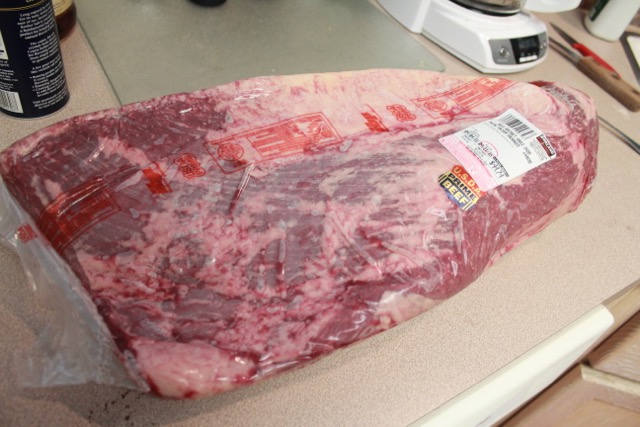 Jen graciously offered to prep the rub for me. Here are the ingredients:

And here is what the final product looks like: 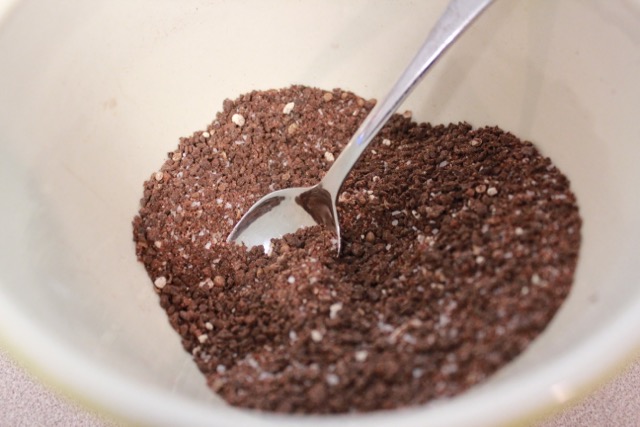 I must admit it smelled really good!

I trimmed up the brisket down by removing the excess fat and slathered it with a nice coat of olive oil before liberally applying the rub. I also injected it with some beef broth. I forgot to add low sodium beef broth to Jen’s grocery list so ended up making some out of boiling water and better than bouillon.

This is what the brisket looked like before it went in the fridge overnight: 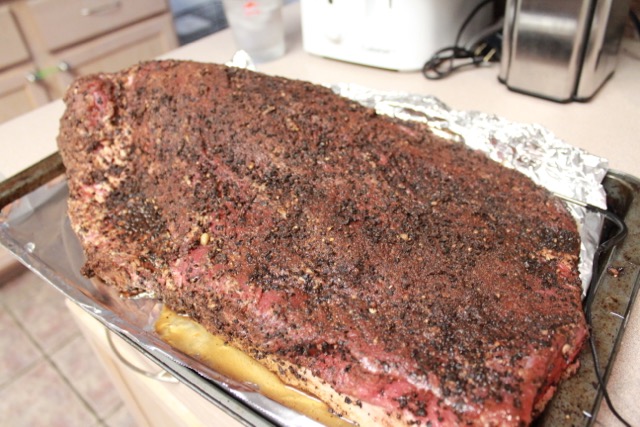 I have always struggled to know when to start my brisket. Somewhere along the way the Internet led me to believe it was about an hour per pound, but my briskets always seem to cook much faster than that. In my Christmas Brisket post I postulated that it should really take me 30 minutes per pound with a two hour resting period. So this time I fought my instincts to get started at the crack of dawn.

After the brisket went on I set out to make the mop sauce by whisking together the following ingredients:

When the brisket hit 167°F I pulled it and wrapped it up some mop sauce. The mop sauce was a pretty spicy and I was worried it might add too much heat. In the end it was fine.

After I pulled the brisket I wrapped it up in an extra layer of AL foil and wrapped it with towels and placed it in the oven. I periodically checked the brisket to ensure it stayed above 140°F to prevent bacteria. I never ended up having to turn on the oven.

I attempted to sear the brisket on my Weber to firm up the crust but it flared up too much due to the fat cap so I decided to skip searing this time.

Here is what the brisket looked like out of the foil: 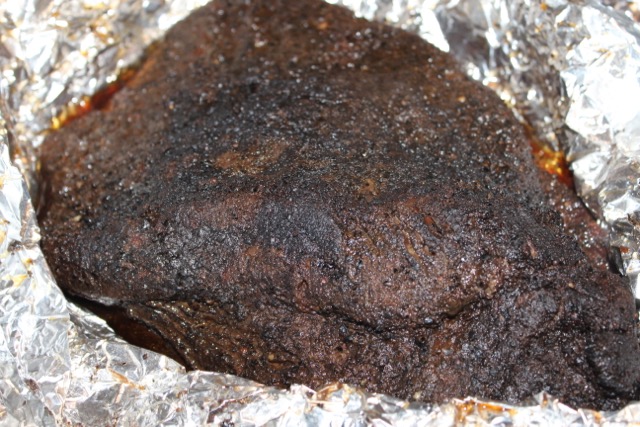 Rather than make the Red Eye BBQ sauce described in the recipe and use Franklin’s Espresso BBQ Sauce instead.

The brisket was excellent and I got tons of complements. I think the courser rub really allowed the brisket to develop a much better bark. I also think the mop sauce added a slight hint of heat (Similar to Pecan Lodge).

For Christmas this year, I think I am going to forgo the regular rub and try the classic Texas rub of coarsely ground salt and pepper. My timing theory also worked out perfectly. I had just the right amount of time.