In Jen’s birthday brisket post, I mentioned I wanted to get back to brisket basics and make a traditional Texas style brisket using salt and pepper.

With that in mind, I went down to my local Costco to pick up a brisket. I was happy to see that they had plenty of prime briskets albeit on the larger size. After going through my complex brisket selection (shaking them for flexibility) I chose a nice 14.56 pounder. My largest to date! 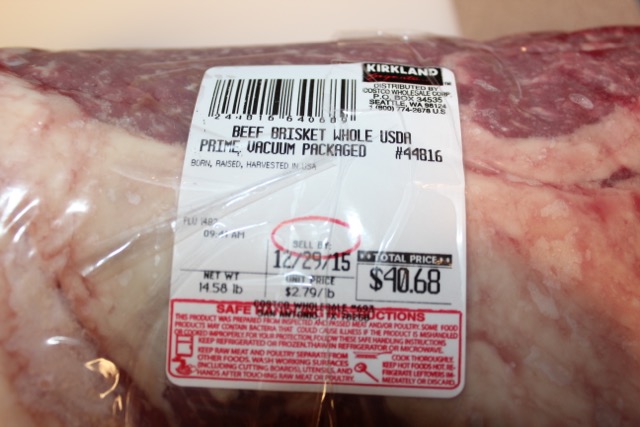 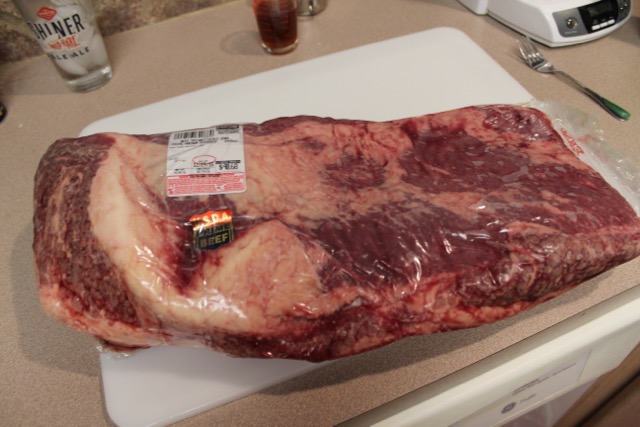 The night before I trimmed up the brisket slathered on some olive oil along with equal parts kosher salt and coarse ground pepper from the Central Market bulk section. I also injected it with low sodium beef broth (Which might be overkill, but hey…nothing succeeds like excess!) 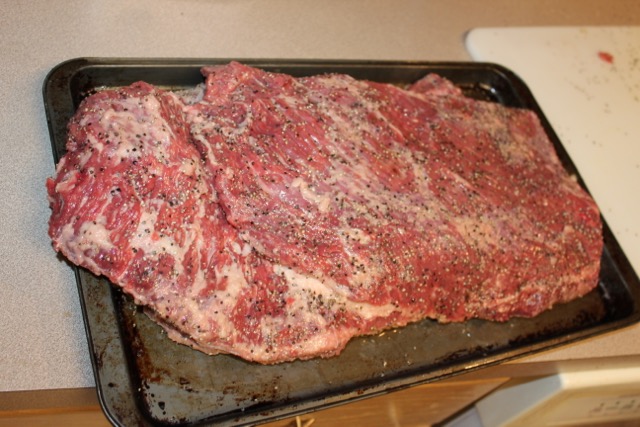 I went back and viewed Aaron Franklin’s how to videos on brisketand he stressed being conservative with rub to allow the meat to shine through. Although, looking at the difference between my brisket and the one in his video I could have probably used a touch more rub.

I stuck with the 30 minutes per pound theory and calculated that I needed 7 hours to cook the brisket plus a 2 hours resting period. Earlier in the year I had watched a AmazingRibs video with Chris Grove of Nibble Me This where mentioned that he gives his egg an hour to warm up the ceramics before a low and slow. So I opted to start my egg at 8am and throw the brisket around 9am.

It turned out that my brisket was a little bit too long for my egg, so I ended up draping it over an inverted roasting rack.

It seemed that the brisket was cooking at different rates throughout. I am not sure if that was related to an uneven thickness or due to the use of the inverted roasting rack. The front of the flat was still a little tough when I pulled it, but the rest of the brisket seemed nice and soft.

I wrapped the brisket up in another layer of aluminum foil and wrapped in towels to rest. We ended up cutting the brisket around 6:30pm. 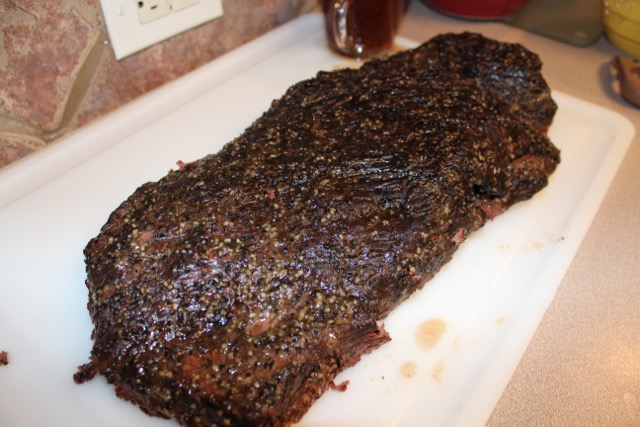 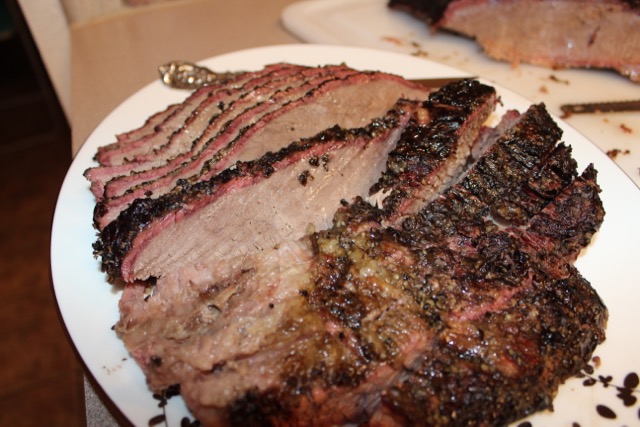 On a side note, after three years of BBQing I finally managed to use up my industrial box of aluminum foil! 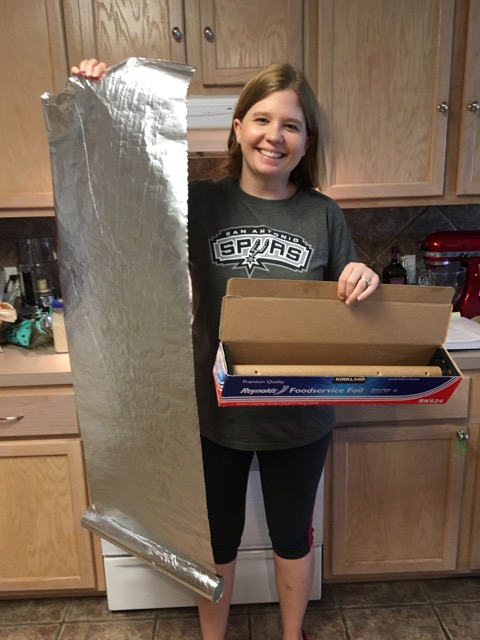 Last year, I opted to a make Adam Perry Lang’s BBQ sauce. Keep with the back to the basics theme we had the brisket with Stubbs Small Batch Heritage BBQ sauce. This sauce was absolutely PERFECT with the salt and pepper rub. Unfortunately, I haven’t seen it around in stores lately.

Santa was extra kind to me this year and left a Flame Boss 200. I am excited to try to use it for a longer cook sans foil. Hopefully it will result in even better bark and less work for me!