Every year for Easter my family traditionally has a ham and this year was no exception.

Jen started looking for a ham three weeks before Easter. It seemed like a reasonable time to start looking, but we had a lot of problems finding one! In the end, HEB Alon market came through with us with this nice 8.42 pound bone in ham. 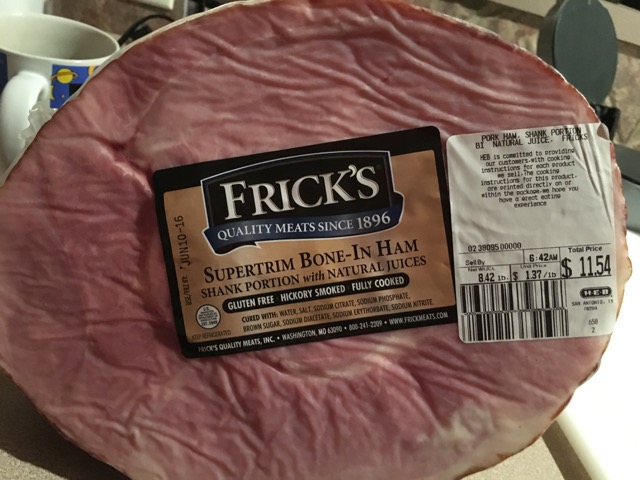 I pulled it out of the fridge at 7 am the day of Easter. It had a nice layer of the skin around the top of the shank. I started to peel it off, and halfway through the process I thought better of it and just left the remainder of it on. The ham was then scored in a nice criss-cross pattern about 1⁄4 into the meat. 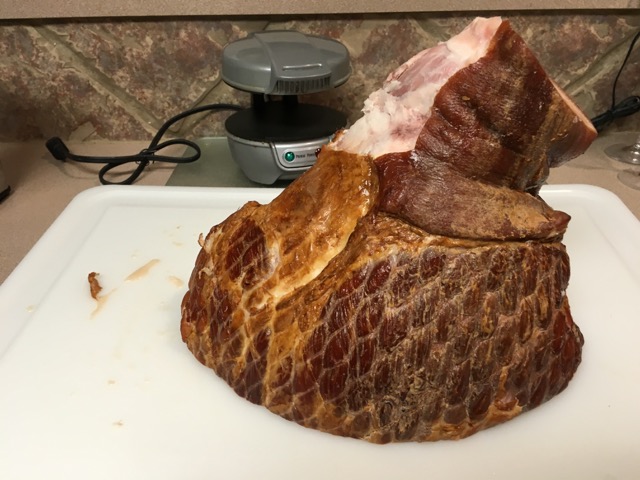 I knew I wanted some kind of bourbon based glaze on the ham. I dug through all of my grill books and did not have much luck. The Internet came to my rescue in the form of a really simple Martha Stewart glaze. I have reprinted it here:

I applied this glaze before it went on the egg and several times during the cook. 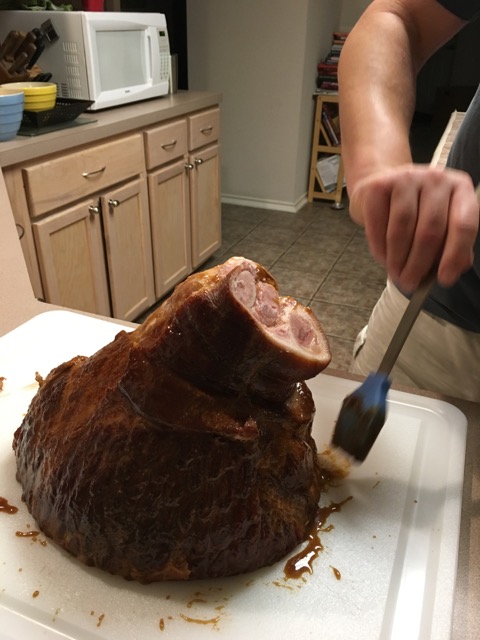 The ham went on the egg at 250°F with a small chunk of hickory and a couple of handfuls of applewood chips.

I used my Flame Boss for this cook, and it was the first time I used the actual meat probe. Here is a link to actual cook and this is the resulting graph: 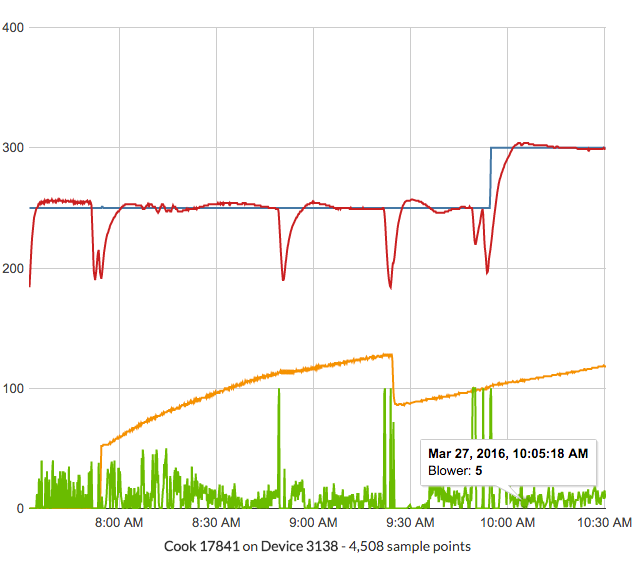 The red line indicates the temperature of the pit. You can see that I re-glazed the ham at 9 am and again at 9:30 am. During the second glaze, I noticed that the ham was cooking faster than I anticipated. I pulled out my trusty thermapen and noticed that in the lower portion of the ham (which was closer to the fire) was 20 degrees cooler. I relocated the probe and started to rethink my target temperature.

The USDA says a pre-cooked ham should be cooked to 140°F which was my target temperature. My newest Weber cookbook says 160°F for a precooked ham (which the USDA says 160°F for a fresh ham). My new Smoke It Like A Pro book which I initially consulted said 120°F. So I threw caution to the wind and went with that.

Easter Brunch was at 11 am so I decided to kick up the temperature to 300°F and wrap the ham in aluminum foil. 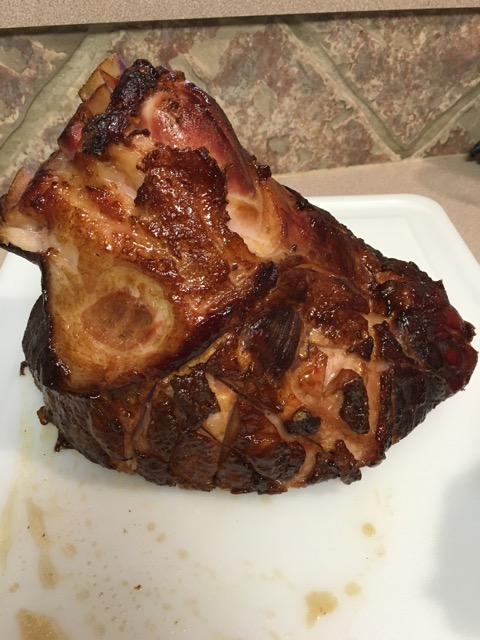 I pulled the ham at 10:30 am and once it was cool enough I carved. It was probably the best ham I have had. It had the right level of smokiness. It was super tender and moist.

I feel pretty confident and saying that I cooked a mean ham, but will say I know absolutely nothing about carving a bone in ham! I ended up hacking (which didn’t really matter). Next year, I am going to watch some YouTube videos before carving.