For Christmas this year my in-laws gave me a gift certificate to Bolner’s Meat Market, and I finally got around to using it and came back with these B-E-A-utiful bone in prime ribeyes: 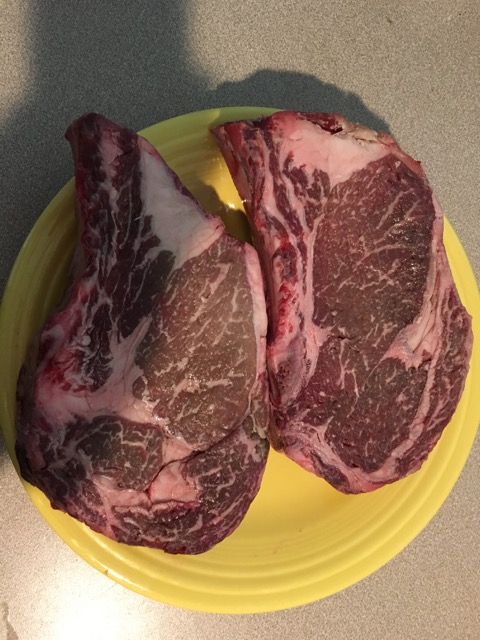 Unfortunately, they didn’t write the weight of these steaks, so I don’t know exactly how much they were, but they were definitely Texas-sized!!

I recently watched an episode of The Chew where Mario Batali was recommending letting sit at room temperature for 2 hours before putting it on the grill. I didn’t have that much time, but I was able to let them sit out for 30 minutes and then I salted them and let them rest for another 30 minutes. (I have also heard it suggested that you should add pepper to the steak after it has cooked to prevent it from burning. I opted to omit the pepper altogether and use a finishing rub instead).

I stuck to my reverse searing method for this cook and started off smoking these with two handfuls of oak chips over indirect heat as follows:

After I had pulled the second steak, I removed my plate setter and opened up the egg. In no time flat, I was up to 700°F+ degrees. I then threw the steaks on for 45 seconds per side. Here’s an action shot: 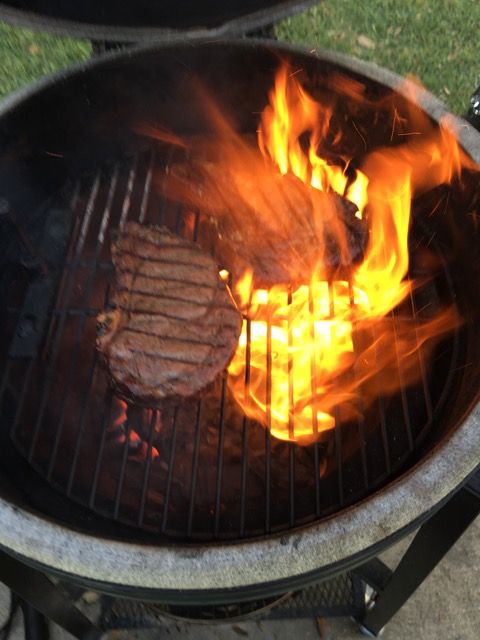 I after I pulled them, I put a pat of butter on each steak along with a light dusting of Exotic Mushroom Rub. Here is a shot of them resting: 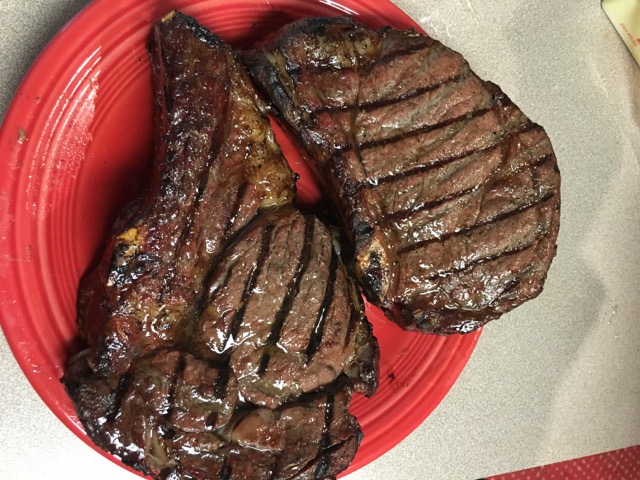 They were the perfect medium rare and so good that I never managed to put my fork down long enough to get a shot. I still have some money left my gift certificate, and I am looking forward to trying some of Akaushi beef next!

To go along with the steaks, we grilled some asparagus and twice baked potatoes. They were an excellent sidekick to the steak. 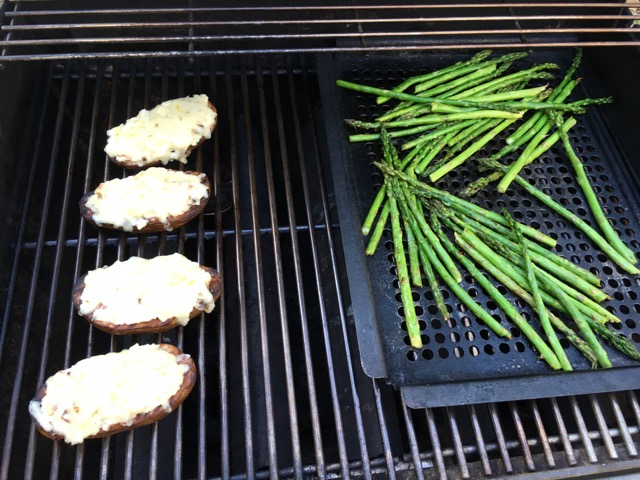