My first introduction to a beef rib was at Pecan Lodge. It was so beefy, so rich, and oh so tasty! The closest comparison I can think of is the best fatty brisket you have ever tried!

Since my first bite, I have wanted to try to make them at home. It took me a while to figure out where to buy one. I ended up going to Bolner’s meat market and they helped me pick out this B-E-A-utiful 2.86-pound rub (that’s one rib…not a rack) 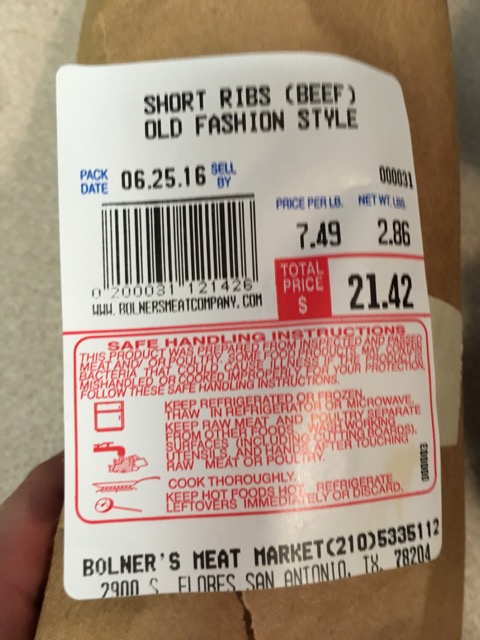 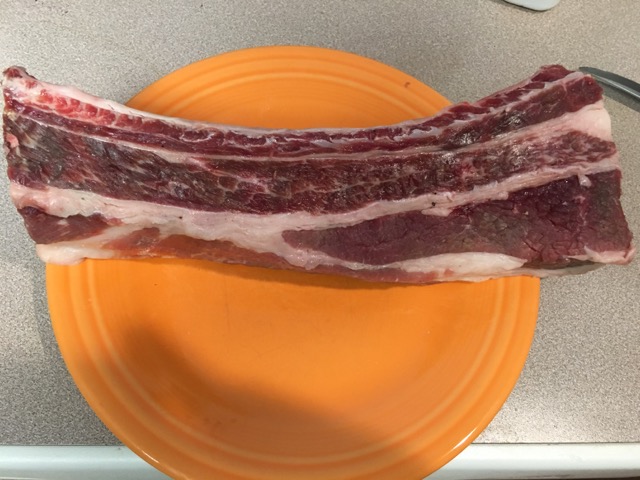 Aaron Franklin has an excellent video covering how to cook one. You can find it here. The rib I purchased had a little bit more fat that Aaron’s rib did. I had the inclination to trim it off. My suspicions were confirmed after reading this article from the VirtualWeberBullet.

After a good trim I was left with this: 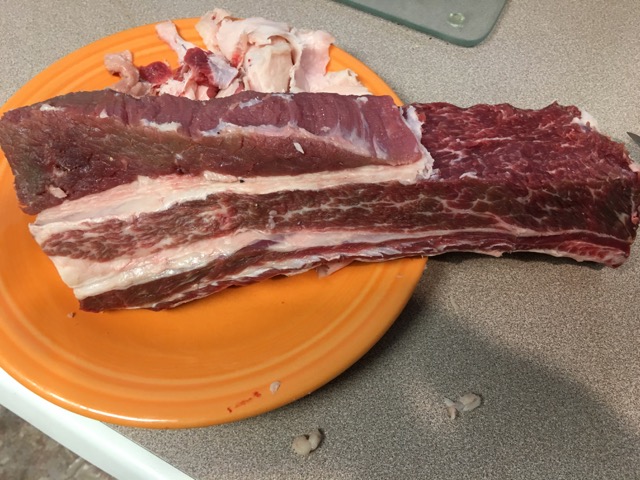 I slathered the rib and then coated it Texas style with kosher salt and course ground pepper. (The more I smoke, the more I find myself preferring the Texas way.)

The rib went on at 2:02 pm at 250°F with a couple of chunks of oak. It seemed like every article I read had wildly different cook times for beef ribs. Some said 4 hours others said 8. All of my cooks seem to be on the shorter end of the spectrum, so I planned for 4 hours. In Aaron’s video, he said that you couldn’t judge rib doneness by temperature. (I would have a tendency to think the bone would throw things off to it make sense.) He said that you need to look for ribs that are nice and tender when you poke them. By 5:10 pm the ribs seemed to reach that point. According to my thermapen, it was at 170°F. In Aaron’s video, he said the temperature would probably be around 200°F. I wrapped the rib in a double layer of aluminum foil, wrapped that with a towel, and then put it in the oven. 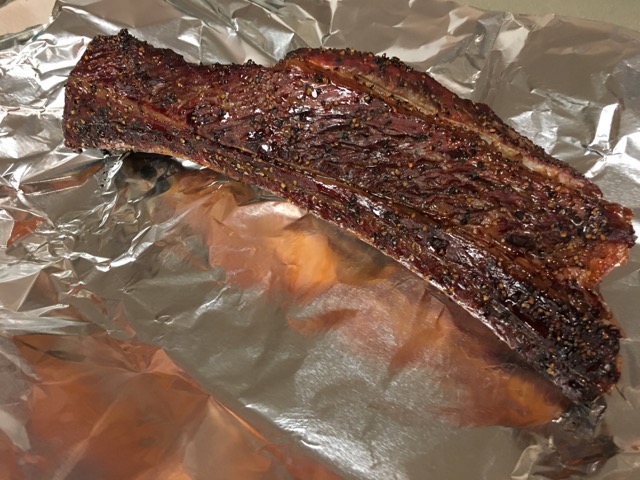 The rib came out tasty, but it wasn’t anywhere close to my best. The rib seemed much tougher than when I pulled it, so much so, that we had to cut it with a steak knife. There was a lot of fat that did not render out, and it had a little bit too much smoke on it.

Next time I should put the rib in for longer and possibly increase the heat to 285°F like Aaron did. I would also opt for one chunk of oak as two was a bit much. I can’t wait to try this again!

I used my Flame Boss for this and the graph of the cook can be found here.