I went to Costco, and I found a nice looking 14.84lb Prime Brisket. 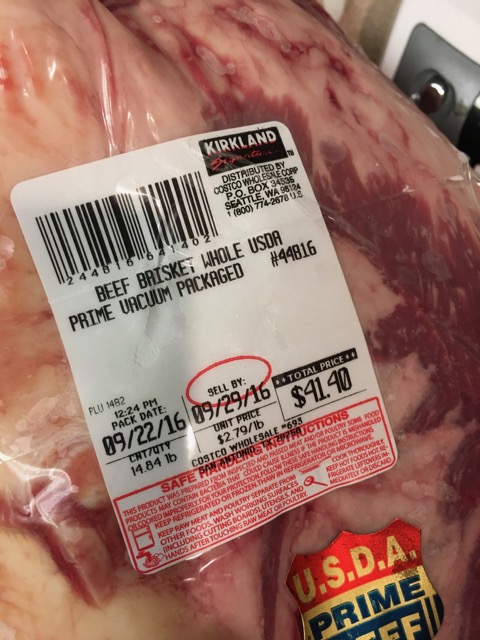 The night before dinner, I trimmed up the brisket and rubbed it down with kosher salt and coarse ground black pepper. I also injected it with some low sodium beef broth. It then went into the refrigerator to wait for the next day. 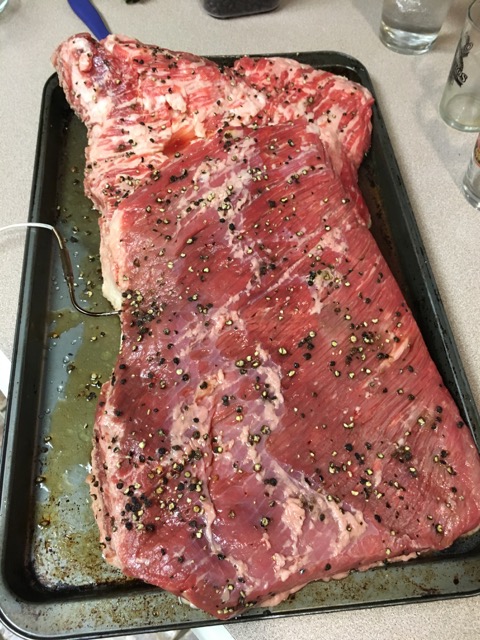 The next morning I started the egg around 8 am and let it warm up to 250°F for about an hour. In the meantime, I took the brisket out of the fridge around 8:30 to take the chill off. The brisket went on at 9:12 am.

The Brisket hit 160°F around 12 pm so I pulled it out and wrapped it along with some more low sodium beef broth. 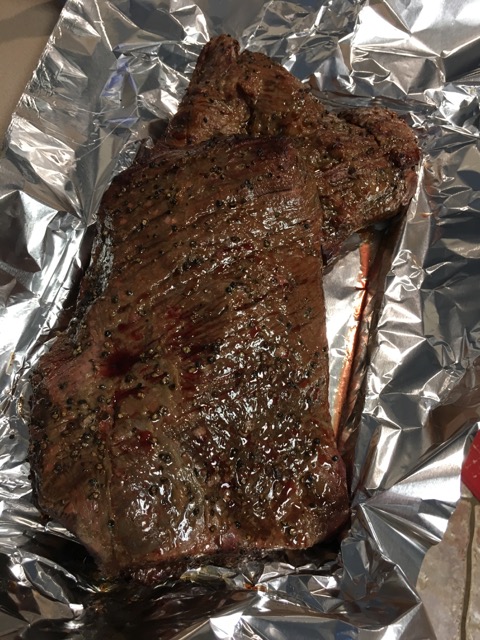 Towards 3 pm it started to rain, so I had to run out and cover up my pit controller. 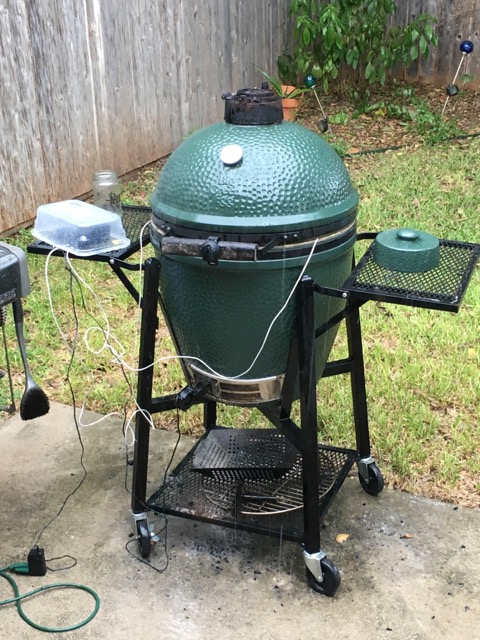 At 4:11 pm, it looked like we were getting close, so I ran out with my thermapen and took a couple of measurements. It was registering 210°F at one end and 200°F at the other. (I had lost track of which end was the point and which end was the flat.) I decided to pull it shortly after that because I was worried about part of it overcooking.

I wrapped it up in another layer of aluminum foil and double wrapped it in towels like usual. We pulled it out of the oven and unwrapped it around 5:42 pm and ate shortly after that. 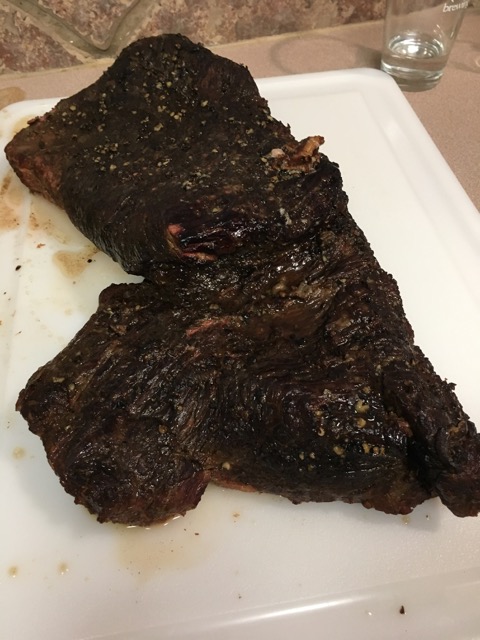 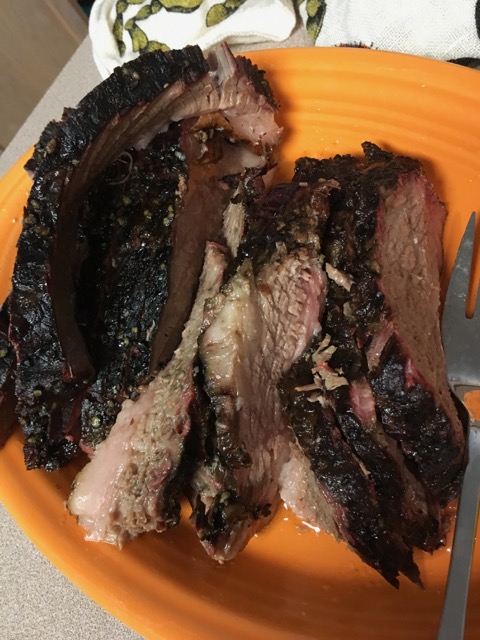 I was very happy with the results, but I don’t think it was quite as good as briskets past. It could be the meat. Or it could be that this brisket was a little too big for the egg and I had to drape it over an inverted roasting rack for the first part of the cook. I also think that the end of the flat extended past the heat shield of the place setter. I might look into trimming it down or rotating the brisket earlier in the cook. I could also try just to separate the flat and point when one end has already finished.

For my next brisket, I want to skip the aluminum foil during the cook which means an overnight cook! It should be easy with a pit controller, right?

You can find the log of my cook here.