Fajitas are one of my favorite things to grill. They are tasty, impressive, and easy!

Fajitas usually requires a trip to Central Market to pick up some pre-marinated southwestern chicken breasts (or skirt steak), but lately my wife and I have been trying to skip the drive and season it ourselves.

So naturally when I received a chicken fajitas recipe from Weber’s recipe of the week I was interested in giving it a shot.

Note: I opted to skip the guacamole part of the recipe as we usually make our own.

In a large, resealable plastic bag combine the marinade ingredients. Place the chicken in the bag, press the air out of the bag, and seal tightly. Turn the bag to distribute the marinade, place in a bowl, and refrigerate for at least 4 hours or overnight, turning occasionally.

I used boneless chicken thighs for this recipe, but you could easily use chicken breasts instead.

I put the chicken in the marinade around 6 in the morning. 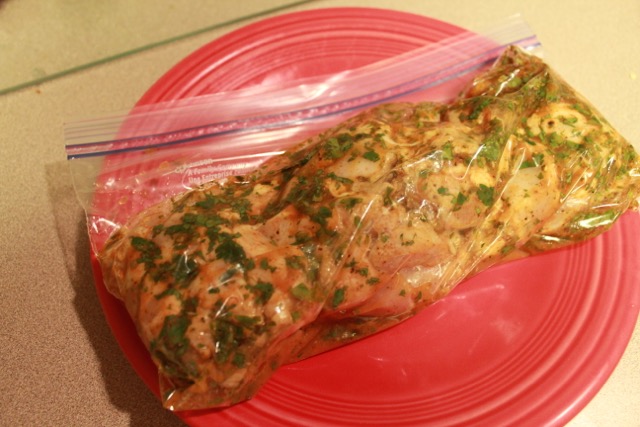 Jen then chopped up a bell pepper and onion placed these in an aluminum packet along with a drizzle of olive oil. I then put this packet on a medium hot grill for 10 minutes stiring occasionally.

After 10 minutes elapsed I threw the marinated chicken thighs on high heat for 4-5 minutes per side.

Here is an action shot: 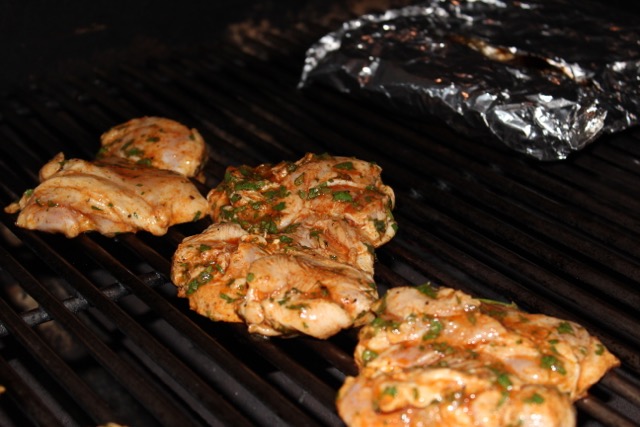 The veggie packet came off with the chicken. You can see that they caramelized nicely. 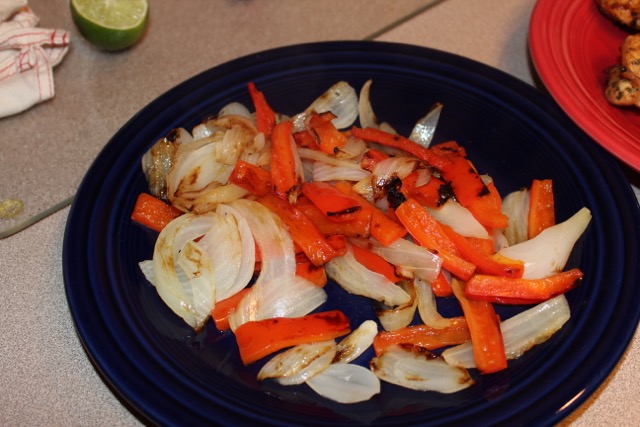 Here is the chicken waiting to be cut up into strips: 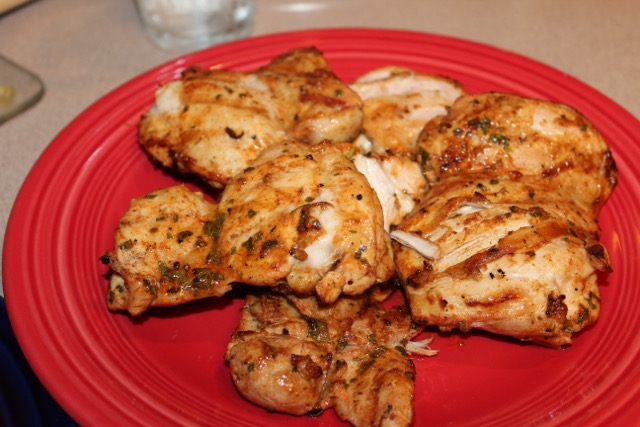 And here is what the final product looked like: 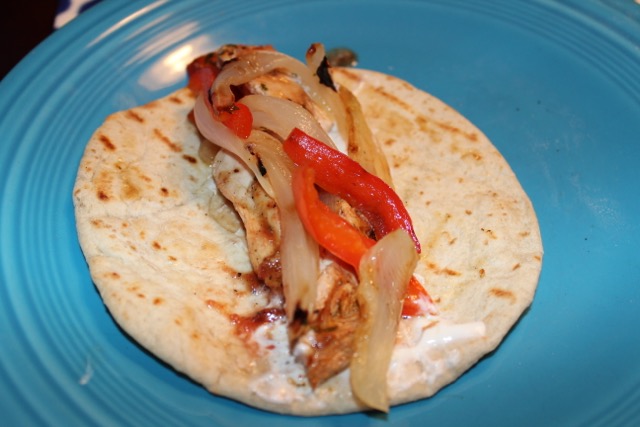 These were good, but I don’t think they will dethrone Central Market’s marinade. And if I were to make something from scratch I would most likely use Steven Raichlen’s fajita rub, but that’s another post!