Growing up my dad would always talk about how he would have freshly caught trout when he went camping up in Colorado with his dad and brothers. He painted such a vivid picture that I knew I had to try it too. So when I saw Groomers had a sale on trout for 8 dollars a pound I jumped at the deal.

I asked for two portions and they told me that would be two 8oz fillets. I went home and started searching for a recipe. Most of the recipes called for a whole fish and thinking I had a fillet they wouldn’t work. Eventually I found a recipe in Planet BBQ for Canadian Trout on a log that said it would work equally well for a fillet and whole fish. It was super simple to boot!

Just sprinkle salt and pepper on the front and back of the fish. Then top with lemon and onion slices. When it came time to prep the fish I was surprised to find it was the whole boned fish! 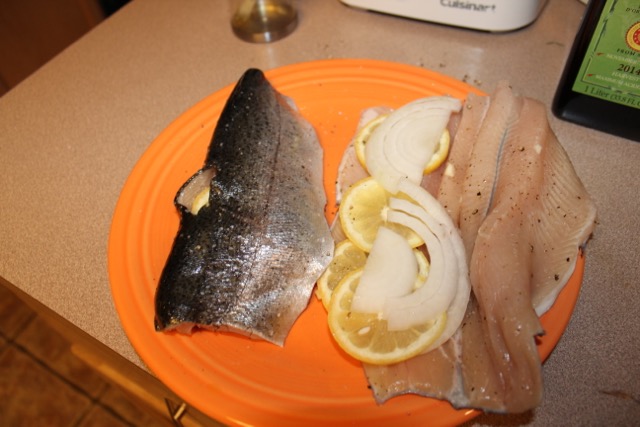 These were small enough that they could both fit in the fish basket my mother and law gifted me at the beginning of the year.

I cooked these on my Weber Genesis for 6 minutes a side on direct medium heat. 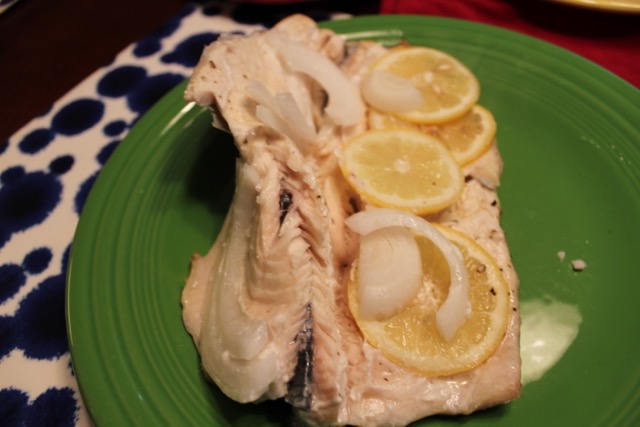 My dad was right. These turned out very tasty! Jen and Steve Raichlen both agree that next time I should add melted butter to finish them off next time. Who am I to disagree!

UPDATE I just received this recipe in my inbox. I will have to try this next time!