I have always cooked all briskets and pulled pork using the Texas Crutch. The results have always been tender and juicy in a short amount of time. I have been told that this comes at the expense of the bark. So thought I would throw caution to the wind and see how the other half live!

With that Jen went to Central Market and picked up a nice 6.69-pound butt. 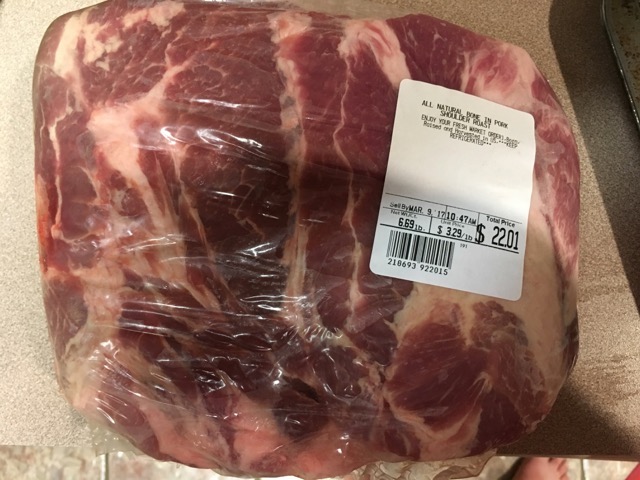 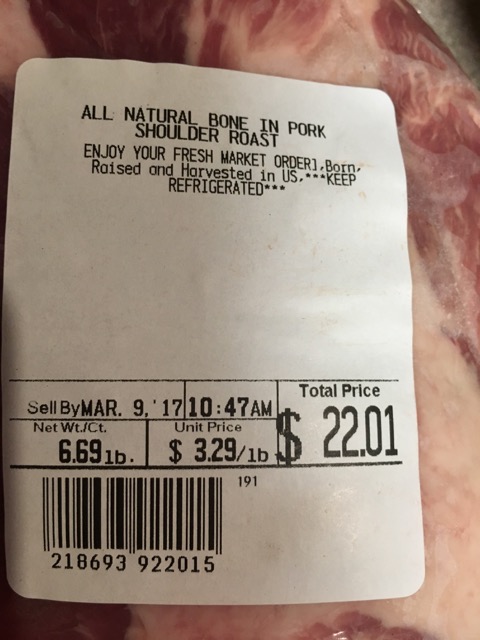 The night before I rubbed it down with some Plowboy’s Yardbird rub. It has become my new go to pork rub. As label says It was created for chicken, but made for Pork. I also injected it with Chris Lilly’s Pork injection with the thought that since I was skipping crutch, I could use all the extra moisture I could get.

When I was done with all of the prep work, it ended up looking like this: 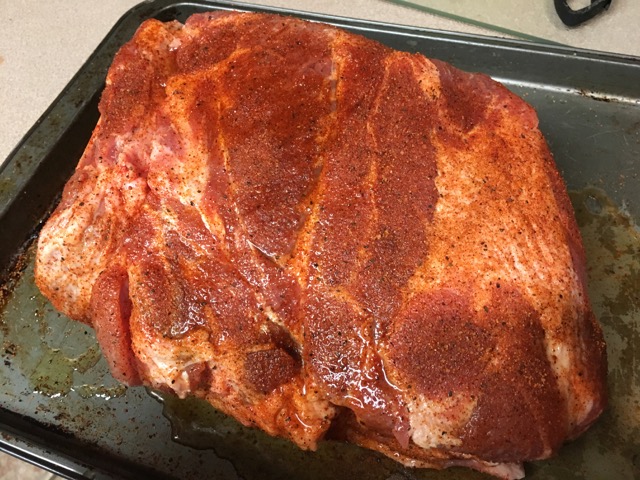 Thanks to my newborn son I got a really early start the next day! I started the egg around 6:30. The hit 250°F around 7:30 and I put the butt on. I have experimented with trying to layer wood chunks in with the lump so that I get consistent smoke throughout the cook, but I have never been successful. By 8 am all of the smoke was gone, so I had to open up the egg and throw a couple more chunks on it.

Worrying about moisture, I decided to mop the pork with some Lexington Dip around 1:30 pm. As a nice side effect I got this shot: 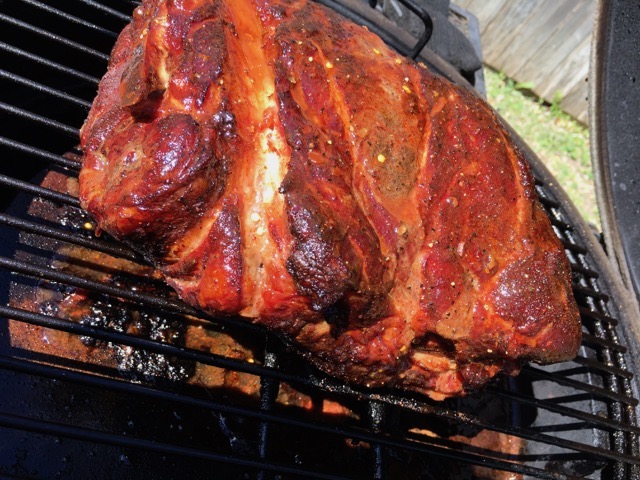 Around 4:48, The butt was 184°F. I became a little worried that I would make a 7 pm dinner time, so I decided to bump the pit up to 280°F. By 6:20 we hit 203°F. The usual test for doneness is to pull out the bone, but it wouldn’t budge. I opted to probe the meat in a couple of spots with my thermapen, and it went in like a hot knife through butter, so I pulled it.

Here is a picture of it right off the egg: 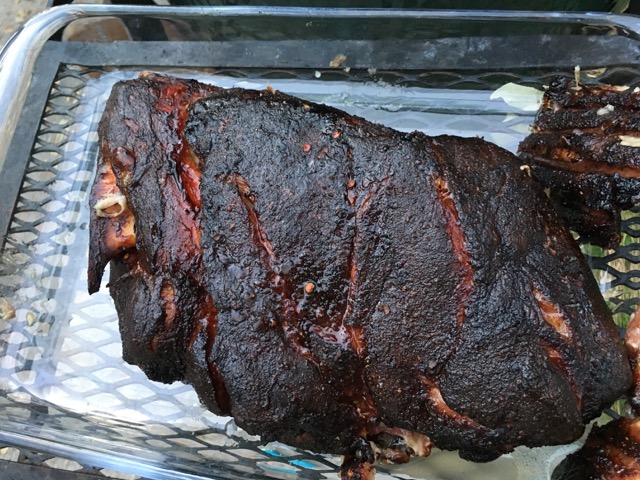 A portion of it stuck to the grill. I managed to pull it free and take a bit. OMG!!!! It was unbelievable!!! So the answer to is it worth not using the crutch if you have the time I say YES!!

We let it sit on the counter for 30 minutes and then we pulled it. 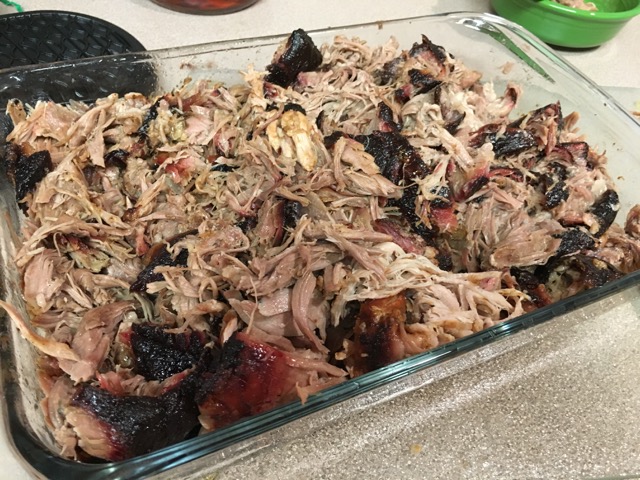