I have been shooting for at least two posts a month, but time ran away from me in February. Luckly, that didn’t stop me from BBQing so I have a lot of posts coming!!

Jen’s mother paid us a visit at the end of January to see her granddaughter. I wanted to fix her something special, but I didn’t have the time to do something low and slow. My first thought was a nice juicy steak, but I wanted to do something a little different. –Then it hit me, how about some bone in pork chops!

With that in mind, Jen came back from the store with some B-E-A-utiful tomahawk berkshire pork chops from Central Market. 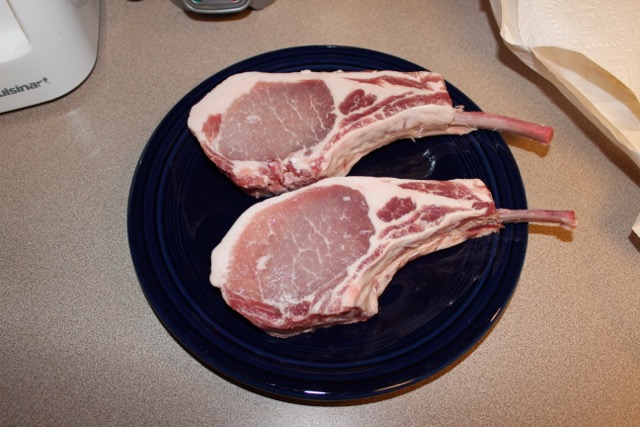 I rubbed these down with Weber Chicago Steak Seasoning. And because the chops looked so good, here is one more pic! 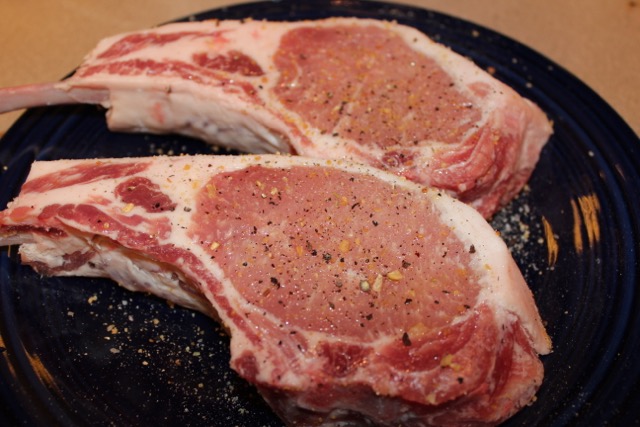 These rested on the counter for 30 minutes while my egg came up to 300°F. I cooked the pork using the reverse sear method along with 1 1⁄2 handfulls of hickory wood chips.

I then opened up my egg and seared them for 1-2 minutes a side (a little less for the 140°F chop). I opted to sear them with the top open and I ended up with some rather large flames coming out of the grill. (Might have been due to a mix of old and new lump).

Here is the final shot: 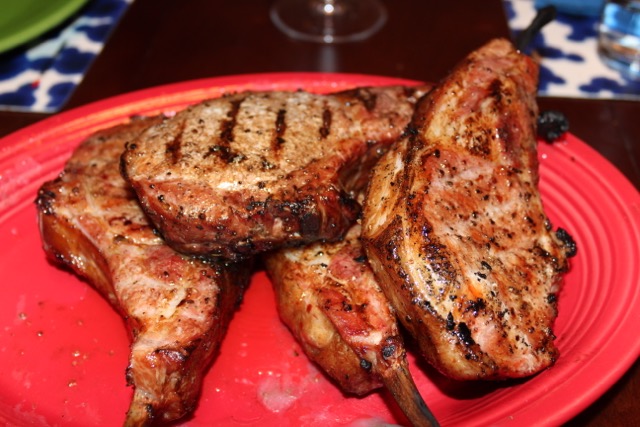 These chops were so amazing, so much so that I thought about them for days!!! I think it had a lot to do with the quality of the pork. The creamy mustard sauce that we used to finish them off didn’t hurt either!