The latest Christmas tradition in the Rames household is a Christmas Eve brisket. To make things extra merry this year, my Costco has started to stock prime briskets!

When picking out a brisket I always shoot for something around 12 lb with a consistent thickness. I have also been known to grab one end and shake it to find the most flexible brisket.

One a side note, I have also heard an old pitmaster’s trick to select a left handed brisket with the thought that most cows are right footed and the right sided always gets more use and thus tougher. I would also add this to my list of criteria if I could figure out what makes a brisket left handed!

Most of the briskets on hand seemed to be too big or too small. I was eyeing one that was around 11 lb, but in the end I just had a better feeling about a smaller about this 10.55 one. 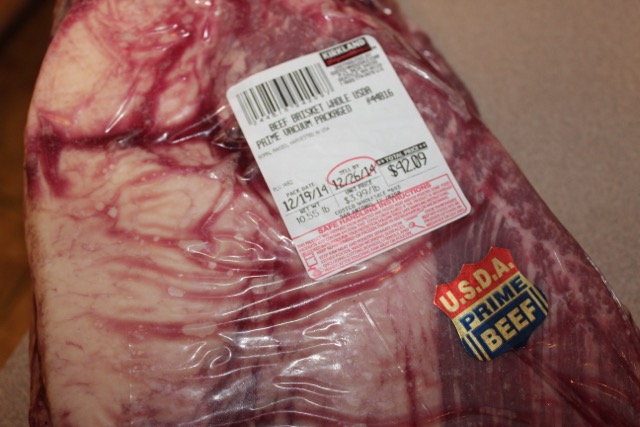 I prepped the brisket the day before Christmas Eve. 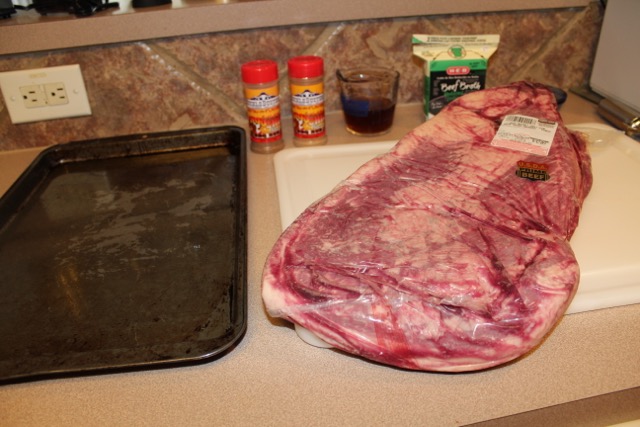 After rinsing the brisket I proceeded to trim a ton of fat off of it leaving an 1⁄4 - 1⁄8 inch fat cap. It was almost to the point where I worried it if was enough food! Afterwards, I brushed it with olive oil and then rubbed it down with some hoochie mama rub. With moisture always being a concern I injected it with some low sodium beef broth using my Butterball injector. (I have tried other brands and this one is my favorite). 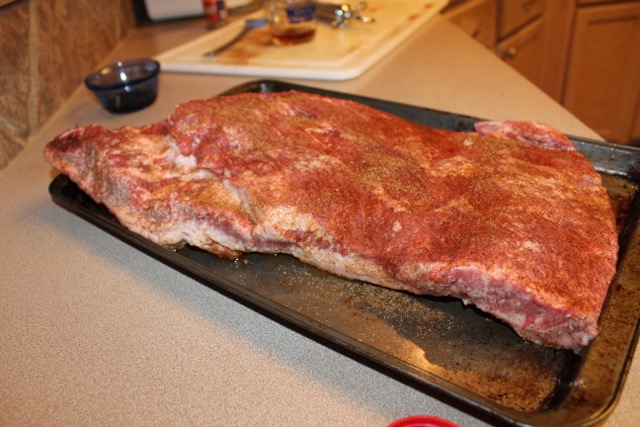 I always used to cook my briskets on my Big Green Egg at 225°F, but I seem to have had better luck kicking it up to 250°F. My wood of choice has always been Mesquite for brisket. (Although, I would love to try post oak if I could find it in chunks).

After I pulled it I added an another layer of foil. I then wrapped it up in a couple towels and placed it in an oven upside down so that the meat could reabsorb some of the lost juices (The oven was off). I checked the temperature every hour. At about the 3 hour mark it was dangerously close to 140°F so I removed the towels and turned the oven to warm. About an hour before dinner, my wife needed the oven so I moved it onto Weber Genesis. I turned one burner on low and continued to watch the temperature.

At about 30 minutes prior to serving I removed it from the aluminum foil reserving the juices. I seared it on my genesis for 5 minutes a side. I poured some of the reserved juices on it and let it rest an additional 30 minutes out in the open. 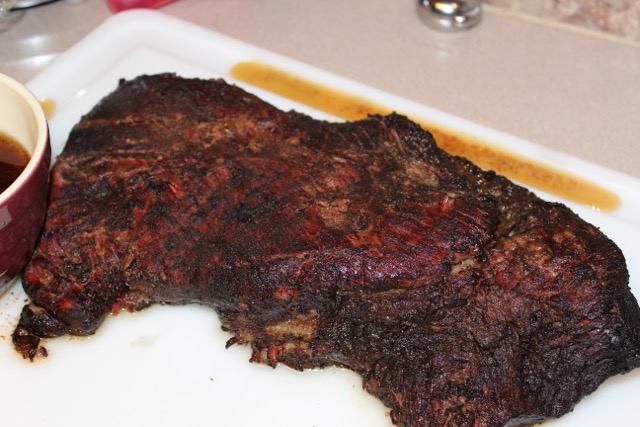 I think this might be my best brisket yet.

I have always stuggled to get my timing down. Looking at the past couple cooks I feel the right amout time for my technique is about 30 minutes per pound with 2 hours of resting in the oven. After which, I should sear it and pull it out in the air for 30 minutesish.

Other ideas for experimentation: