I wanted to do something really special for Valentine’s Day this year. My first thought was a nice prime steak which isn’t something we do every day (or month for that matter!) But that it wasn’t quite special enough. And then it came to me…surf and turf! And by the look of facebook the following day it seems like everybody had the same idea!

After deciding what we wanted, my wife braved a Valentine’s Day trip to Central Market. She came back with a nice 0.66 lb prime filet mignon along with a couple lobster tails. 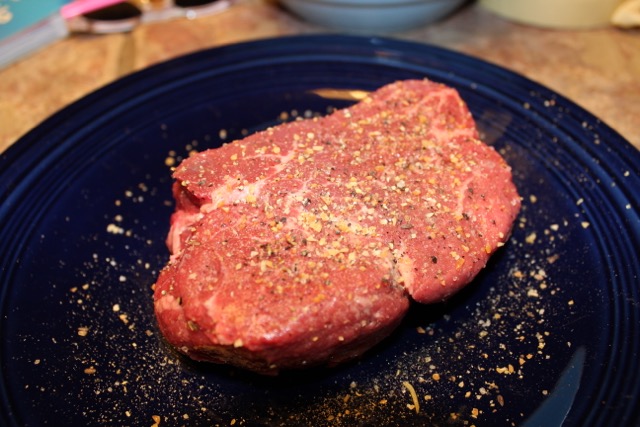 I took the filet out of the fridge 30 minutes before I put it on the grill and covered with olive oil along with a liberal dose of Weber Chicago Steak seasoning. The steak was then cooked to 130°F using a reverse sear.

I started off by indirectly cooking the steak at 225°F until it reached 110°F. I pulled the steak and tented it with some aluminum foil. About 5 minutes prior to dinner, I seared the steak for approximately 2 minutes per side. My wife topped the final product with a pat of compound butter.

You can read more up on this techinque on Amazing Ribs. 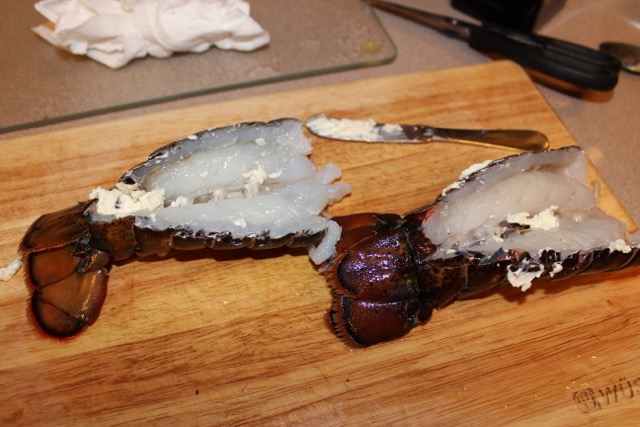 I started by using a pair of kitchen shears to cut the top shell lengthwise. I then used my chef’s knife to cut through the meat taking special care not to slice through the bottom shell. With the knife still inserted, I twisted it to crack the tail open. The meat was then slathered with Central Market compound butter (butter, garlic, salt, and pepper). And just for good measure, I hit them with some more melted compound butter just before they went on the gril.

They were then placed meat side down on a medium hot gas grill for 3 minutes. I then flipped them back over and poured more melted butter on top of the meat and continued to cook them another 5-6 more minutes.

For more information on how to cook lobster tails I highly recommend Steven Raichlen’s How To Grill.

Cooking steak or lobster alone would be easy. The challenge here was trying to cook the two proteins along with vegetables and have everything ready to serve at the same time.

I went in it with the following game plan: 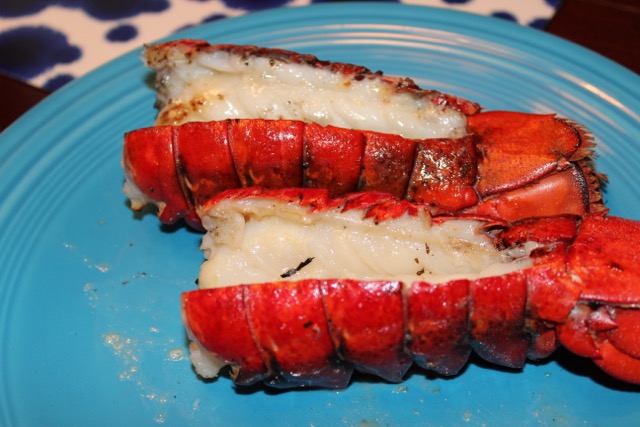 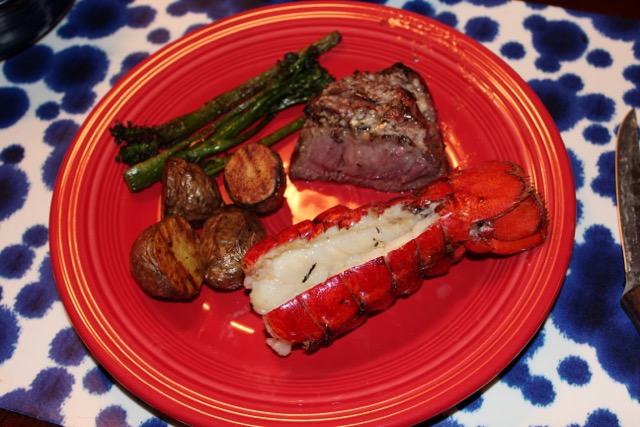 As good as prime filet mignon was, the lobster tails were the real star.

The only thing I would have done differently was to pull the potatoes sooner so they weren’t so hot when we started to eat.

Things I want to BBQ This Year